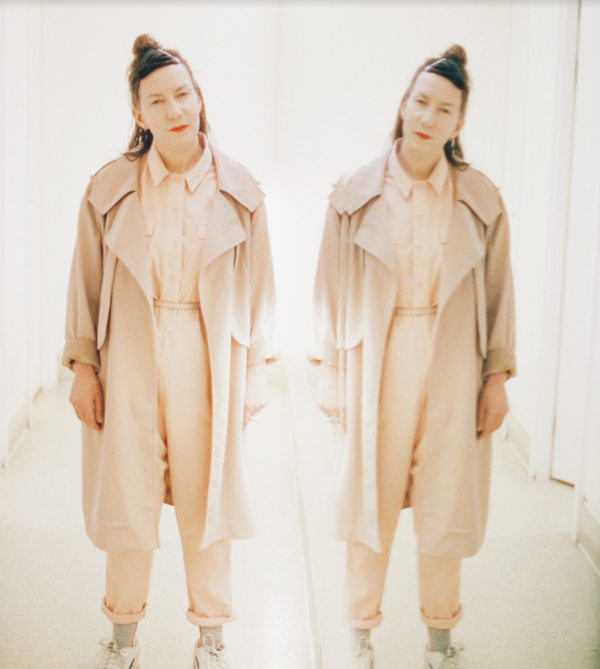 + Rick Redbeard + Heir of the Cursed

From When I Wake The Want Is

When Kathryn Joseph says that “listening to certain pieces of music can make you know the truth of everything,” she’s remembering one personal epiphany at a gig in 2016 that helped point her to the contented life she now lives, but the same can easily be said of her own music.

Intimate, fearlessly frank and with a fathoms-deep emotional resonance, Joseph’s highly individ- ual expression was first heard on 2015’s Bones You Have Thrown Me And Blood I’ve Spilled. The dark, mournful beauty of that debut – which addressed failed relationships and the death of her infant son – bagged her the Scottish Album of the Year award against stiff competition, despite the fact that at the time she “wasn’t thinking about the record as something that would be of in- terest to anyone else. Really, it was just for myself. I was thinking, this is the only time I’ll ever do this and here are my favourite songs.”

Thankfully, that thought faded and following several collaborative projects in 2016, Joseph now shares From When I Wake The Want Is, 12 songs of an equally devastating, understated intensity in terms of her heavily rhythmic piano work, striking vocals and vivid lyrics, but with a newly muscular edge and textured depth. It mixes new songs with material gathered over the past ten years that was at various stages of completion, but whose sentiments still resonated with Joseph, prompting her to write new lyrics. Marcus Mackay, who also produced Bones You Have Thrown Me... gives each song its experimental setting, making dramatic use of space and also provides drums, synth and electronics. Joseph (secretly) recorded her partner Kenny Oram playing piano at the start of both opening track “IIII” and album closer “^^”, while her daughter Eve, then four, can be heard reciting a piece of improvised prose on the latter. Recording was done at Mackay’s Diving Bell Lounge studio in Glasgow, in September of 2016.

From When I Wake... is a compellingly soulful set that suggests Aldous Harding, Joanna Newsom, Talk Talk and Kate Bush as kindred spirits and documents both life’s traumas and their resolu- tions. These include Joseph’s niece’s grave illness a few years ago (via the poignant ode to surviv- al that is “There Is No God But You”) and the grief she experienced after the split from her part- ner, which hit her with such overwhelming force during an A Mote Of Dust gig, but which gives way to thankfulness for their reunion (on the title track, “Weight” and “Tell My Lover”). “This record mostly came from the year of my feeling the most broken hearted and miserable,” admits Joseph, “but it is a weird circle shape, because by the time the last songs on it were written I was back with the human I love and still am. Most of the songs are my trying to turn the black hell feeling into something else, even when it didn’t feel like anything good was going to come from it. All of them are again my weird, creepy way of telling the truth.”

Joseph’s “weird” truth telling involves the primal love and desire that speak to our survival in the world, rather than the romantic, sexualised notion of love that dominates mainstream pop. Her lyrics are rich with natural imagery and allusion – blood and bone, mouths covering mouths, snow on the mountain and witches burning in the woods – a vividness of expression she puts down to having grown up in the countryside in Aberdeenshire. “I felt like I wasn’t really a human until I was 14 years old,” she jokes. “I was very obsessed with animals and being outside and was much happier on my own. But I’m so not like that now. I blame Anne of Green Gables, because I watched that when I was 14 and suddenly I was obsessed with humans and being in love.” Joseph can’t explain her need for absolute lyrical honesty, but admits to being “obsessed with truth in real life and in my music life. I don’t understand the idea of writing something that’s not true – I think it’s an amazing thing to be able to do, but it’s not what interests me. For me, it’s about ‘this is how I actually felt’ and I think that’s why I love playing live, because I’m feeling all of the things that I am, then.”

Of her lyrical interest in love as a life force with regard to her own experience, Joseph says, “it’s the strength of it, for me and the flip side of that – the amount of trauma it creates when you lose it. It’s the risk you’re taking, as well; when you love that strongly and you lose it, it can destroy everything for you. But it’s absolutely worth it. That goes back to losing my baby, too. I remember

thinking that no matter how long you get them for, it’s worth it. To feel that amount of love is just... you have no concept of that, because you’ve never been in that situation before. When you have a child, you would never want to swap them for anyone else; it’s all about how lucky you are and how perfect this human is, even when they’re not perfect. That amount of love is very beauti- ful to feel.”

She decided from the outset that the new record would be different from her debut and knew she wanted it to be “more metallic sounding and harder, with electronic details on it. That was really all I had in mind, but ‘It Will Lick You Clean’, for example – I would never have imagined the beat on that, but I absolutely love it. Now,” she laughs, “Marcus just has the job of trying to learn what he’s written, to play it live.” The pair have what sounds like telepathic creative communication, requiring minimal discussion. “I record my piano and vocals and then I leave him alone and he does whatever he wants,” explains Joseph. “I think of myself as someone who is very sure of what I want the music to sound like and for me to get it back and pretty much every song is like, yep, that’s perfect, is amazing for me. Marcus is brilliant at what he does and I am very lucky. Music for me is often about the shape of things; I don’t understand what key I’m playing in, but I know that shape I want the song to have.”

Her personal favourite on the album – and its heaviest track – is “Weight”, where the rising and falling repetition of “we were the weight we are all of my bones thrown back into the fire” has an almost incantatory power. “It and ‘From When I Wake The Want Is’ were written at the same time,” Joseph reveals. “The shape of them isn’t normal for me, but the feel of them isn’t like what I’ve done before, either.” Also different for her was “Tell My Lover”, which was written on the fly, in between other song takes on the day of recording. “I’ve never had a whole song that came so quickly,” she says, “and I love it. When I was singing it over and over again, it felt like a witch’s curse to get the human I love back – and I was given it. I feel like I’m not a nice enough person for spells,” she laughs. “I think I’m much better at curses. In the song I’m cursing the feeling of love – the possessiveness of it, where you can’t help yourself and it’s taking you round and round and round.”

In part, From When I Wake The Want Is is a record of transformation: it moves Joseph from the fledgling artist with very little self-confidence who took years to release her debut LP because she was “stuck behind the paranoia of the whole process; what would be the point of it and what if it wasn’t good enough?” to an accomplished auteur with a truly distinctive voice. It also acknowledges her safe passage through dark, choppy waters and delivery into newfound con- tentment, both personal and professional.

“I definitely connect it to me feeling stronger in myself and about my life, in a way I didn’t be- fore,” Joseph says of the new record, which she’s delighted has found a home on Mogwai’s Rock Action label. She was introduced to them by James Graham of The Twilight Sad, a fellow contribu- tor to last year’s Out Lines community project (along with Marcus Mackay) and a Rock Action employee. “To have a band be your record label is ideal,” she declares, “although I feel like I don’t deserve to be anywhere near them. I am the luckiest little Scottish witch in the world.”

Kathryn Joseph released her debut album “bones you have thrown me and blood I’ve spilled” in January 2015; what started as an album “kickstarted” by dedicated fans has quietly and organically become a much loved, critically acclaimed album of 2015 – and in June – became the winner of Scottish Album of the Year (the longlist included Young Fathers, Belle & Sebastian, Mogwai and Paulo Nutini)

Prior to her debut release – Kathryn Joseph was regarded one of Scotland's best-kept secrets; prodigiously talented and criminally underrated her voice possesses the other-worldly quality comparable to Ms Newsom and Björk; but she is by no means of an ilk. Better compared with Anthony Heggarty; she is an artist in every way; unique and soulful, and at the core a beautiful unnerving truth.

Kathryn Joseph’s debut album "bones you have thrown me and blood I’ve spilled" paints a delicate moving, at time visceral but always intricately beautiful description of her life until now. Lyrically compelling and sonically stunning, her album evokes a stark, cinematic journey. Written in a period during which life took Kathryn between northern bothies, east coast beaches, the forth bridges and ultimately the east end of Glasgow where she recorded the album.

Kathryn's on record, and sometime-live collaboration with Marcus offers an unmissable, heart heavy and gut wrenching but understated performance. Those lucky enough to catch her at one of her rare performances are sure to be captivated, moved and perhaps a little disturbed.

Kathryn Joseph's first limited edition pressings onto white vinyl (250 copies) and handcut CDs sold out quickly. It has since been re-mastered and been made available for wider distribution. Kathryn’s first single release the bird \ the worm is now available as download and aa side on 7” (limited to 250 copies). Accompanying the already heard title track “The Bird” is the previously unheard “The Worm” a song that was recorded with the rest of the album but never made it on -and since the re-master and playing live with Marcus on percussion, it made sense as a single in its own right. On release, it made Drowned in Sounds single of the week.

For Kathryn’s official video for The Bird – she and SCOTTISH BALLET Creative have collaborated with Eve Mcchonachie as director, and Sophie Laplane as choreographer/dancer to create a beautiful, moving and picturesque video set on a West coast beach at sunset.

The Bird has been playlisted on Radio Scotland daytime and Amazing Radio. Kathryn has had 6 Music champions include Lauren Laverne (headphone moment, and 6 music recommends), Tom Robinson, Tom Ravenscroft, Marc Riley, Gideon Coe and Shaun Keaveney. She was breakout track of the week for Jon Kennedy as well as Scotland’s Jim Gellatly. 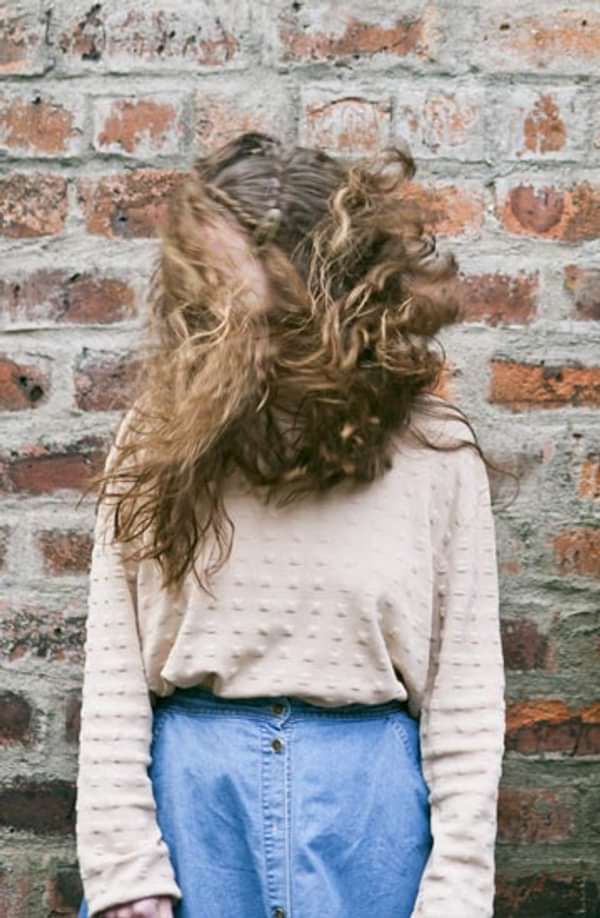 Heir of the Cursed