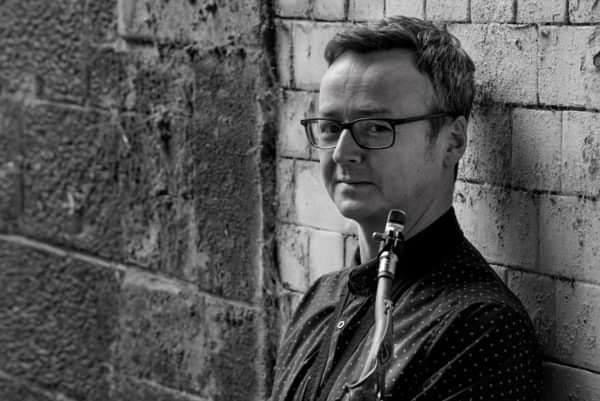 Brian Molley Quartet make a rare appearance in their hometown of Glasgow, performing a mixture of new material alongside music from their recent acclaimed release COLOUR AND MOVEMENT[BGMM©].

BMQ blend contemporary jazz with influences from around the globe, including Brazilian choro and baiao, straight–ahead downtown New York Jazz and Indian raga with a touch of Scottish folk in evidence too. They have recently returned from touring, collaborating and recording in India and their music reflects their wide and varied travels whilst being firmly rooted in the jazz tradition.

The band released their debut album CLOCK[BGMM©] to much acclaim in 2013, hailed as ‘a classy and well–crafted debut’ BBC Radio 3, ‘skilfully crafted music’ LONDON JAZZ NEWS which is ‘assured and inventive, Molley’s rich sonority is always impressive’ SCOTSMAN.

BMQ has toured the UK several times, including appearances at Manchester, Edinburgh and Glasgow Jazz Festivals and were selected for the prestigious Made in Scotland programme at Edinburgh Festival Fringe in both 2014 and 2018. In Summer 2015 BMQ performed at Rochester International Jazz Festival, New York as part of Made in the UK, a showcase of the best of UK–based jazz. Whilst in the US the band also gave concerts at Silvana and WhyNot Jazz Room in New York City.

BMQ undertook a multi–date tour of India in October 2015 with performances at Jodphur RIFF, and in Delhi, Kolkata and Bangalore. The band have since returned to India to perform at Jodhpur RIFF once again, also recording a collaborative album, JOURNEYS IN HAND with acclaimed Rajasthani Folk musicians the Asin Langa Ensemble. A third trip to India for the group took place in Spring 2017, with a headline performance at Madras Jazz Festival and at bFLAT in Bangalore.

The group’s latest release from 2017, COLOUR AND MOVEMENT[BGMM©] has garnered much praise, ‘the finest in UK jazz’ TIME OUT, ‘Molley is marvellous, always expressive and sure-footed’ THE HERALD, ‘Richly textured and high on melody’ ALL ABOUT JAZZ.