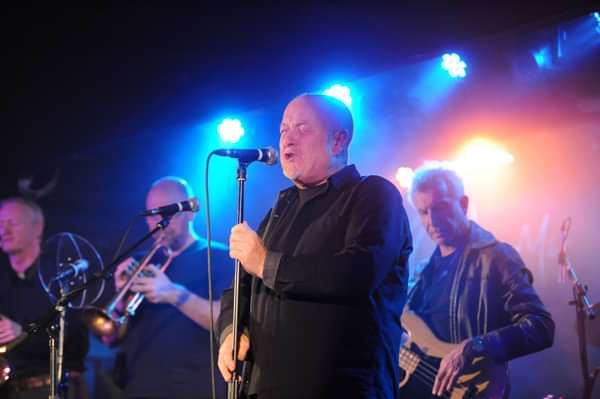 Lights Out By Nine

LIGHTS OUT BY NINE are a Scottish band with a pedigree. Steeped in soul, funk and rhythm and blues, and driven by Hammond, horns and harmonies, the sound is raw and authentic, whether playing their own original songs, or paying homage to the sounds of New Orleans, Memphis or Muscle Shoals. 10 support slots with the Average White Band in recent years, and appearances with numerous other names, too many to mention, is a testament to the level of achievement of the band, and with live sessions being broadcast on BBC Radio 2 from the legendary Maida Vale Studios in London, and 2 top 5 American radio chart albums on BB King's Bluesville at XM Radio, you start to get the flavour of a very accomplished outfit. Two further recent STV appearances, and follow on airplay on BBC Radio 2, and BBC Radio 6 Music, for the band's new album, are bringing LOBN to more and more peoples' attention. At a recent Glasgow gig in September 2017 at the iconic King Tuts, the band were joined on stage by AWB founding member Hamish Stuart to work through some of his back catalogue, which is further testament to a band who were also delighted to have made their Celtic Connections debut this time last year. The preview for the new album Here & Now - Part 1, was released in EP form last year and has been doing very well, including BBC Radio 2 and Radio 6 Music airplay.

Lights Out By Nine