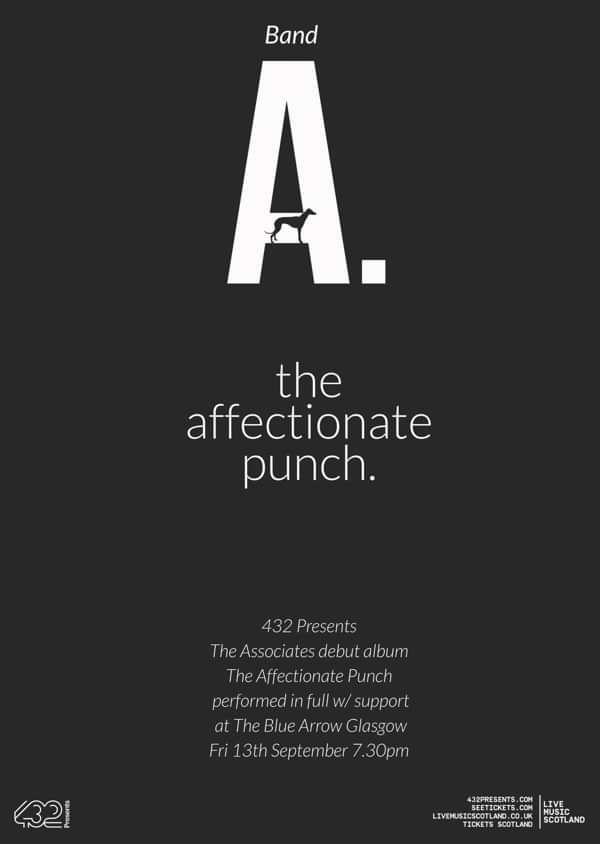 Band A. - The Affectionate Punch

Under the name ‘Band A.’, Audrey, occasional backing singer for Paul Haig and chanteuse in her own right, along with a skilled quartet of luminaries, reimagines The Associates' debut album - 'The Affectionate Punch'.

Having deftly floated in and out of the Scottish Music scene over the last few years; creating Audrey Sings Nico, appearing in Mondo Morricone (Davey Scott, Duglas T Stewart, Isobel Campbell) and Je t’aime Gainsbourg (Norman Blake, Peter Easton, Chris Thomson) and fronting 80's post-pop acts Grace River (releasing an Alan Rankine produced single in 1990) and Pop Wallpaper, it is fitting that, ‘Band A.’ have created this homage to one of Scotland’s greatest duos.

Band A. - The Affectionate Punch