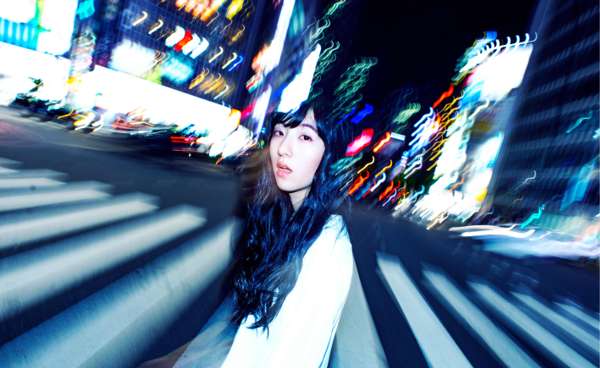 Haru Nemuri is a Japanese singer-songwriter and poetry rapper. She began her music career as a player of synthesizers in a band when she was 17 years old, and she suddenly began to perform as a poetry rapper at the age of 21. Since then, she has been Haru Nemuri and called herself as the singing ultimate weapon. After a few month beginning her career as Haru Nemuri, she performed at a Japanese summer music festival "BAYCAMP2016" as an opening act in September of 2016 even though she didn't release her official works. She released her debut mini album "Sayonara Youthphobia" in October of 2016. She did her first solo concert which was sold out three months later from her debut and performed at many different music festivals and concerts in the winter of 2016. And she has worked with energy. For example, she made tracks for other musicians, and she sang in some songs of other musicians as a guest rapper. In March of 2017 she released a CD on which her remix songs was recorded. And a year from beginning of Haru Nemuri's career, she released her second mini album "Atom Heart Mother" in June of 2017. This work was chosen as "Tower-recommen", which store staffs of CD shop "Tower Records" chose some good works from new release CDs every month. Just in that summer, she performed at a famous Japanese music festival "ROCK IN JAPAN FESTIVAL 2017" because she won the audition, and did at other festivals as well. Furthermore, she composed for a movie ";the eternal/spring" in which a Japanese actress Haruka Imou played the lead in August of 2017. And a month later Haru Nemuri released a single CD "Hello@New World / Torikobosareta Machikara Ai Wo Komete" which was made by Haru Nemuri and Mariko Goto. In the milestone of a year from her debut, she did second solo concert at a hall "Musashino Koukaidou" in Kichijoji, Tokyo. This was the first concert at a hall for her. She was on Web CM of "Moi Lip" which was a medical lip cream made by Shiseido in November of 2017, and she sang and wrote lyrics for the song of that CM. From December of 2017 to February of 2018 she did a concert which she planned every months, she named this three concerts "Fuyu No Daisankaku". In January of 2018 she did her third solo concert. In addition, she began her career as a composer from 2018. She composed a song "Last Romance" for Tokyo Joshiryu which was an idol group belonging to Avex Management. Haru Nemuri's music is Japanese pop songs for the new generation, and the heart of her music is rock'n'roll.

L-space are an electronic dream pop band from Scotland who write songs about a better future. Dreamy guitar and fuzzy bass mingle with dramatic synths and ethereal vocals over complex beats to create unique pop soundscapes. They are signed to the innovative label Last Night from Glasgow and are released their debut single with the label on 02/03/2018 with an album following in September. SUNEATERS was premiered by Vic Galloway on BBC Radio Scotland on 12/02/2018 and Louder Than War premiered the video the same week.

You can find out more about us on our Electronic Press Kit.

"There are many exceptional electronic bands around at the moment, but few have the inherent style and vision of L-space. There is a winning understatement and languor to their music which allows your head to swim with ideas as well as sounds." Scots Whay Hae!

"Stylistically, there is a lot going on in here, more than is first apparent to the ear. Arch synths, sinister guitar fuzz, dark vocal distortions – so many textures and hues. So many sonic pictures that flow in and out and across each other. There is a myriad of sounds, a plethora of gear changes like ever changing plot-lines, to keep the listener riveted." Fresh On The Net

"Their idiosyncratic electronic dream pop mixes ghostly vocals with big synthy sounds to create raw, personal songs about the future. Influenced by the likes of Mogwai, Radiohead and Sigur Rós, L-space put together speculative tunes that are worth a closer listen." The List 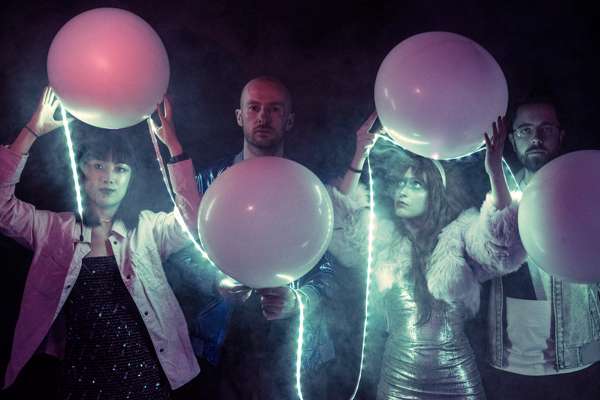