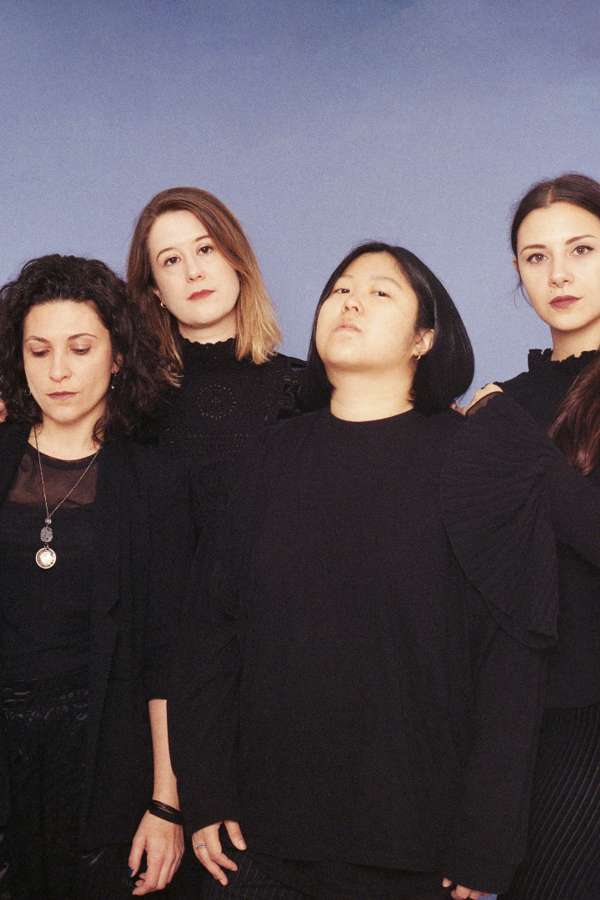 Hailing from Spain, Brazil and London, GHUM bring together a mesmerizing, diverse mix of grunge, dark pop and post-punk. Their flowing, organic sound was the creative spark of their new EP, ‘The Coldest Fire’.

Ahead of the EP's release on 28th June the band have unleashed a new single 'Get Up' which perfectly encapsulates the furious and dark sound of the record.

“These songs have a power and fire about them but they also feel hostile and mysterious at times, which is a trait you’ll find across all the songs we write,” they explain. “The title also perfectly describes us as a band. We’re very different people, with a mix of personalities (and star signs!) covering three of the four elements; fire, water and air. It’s the combination of that fire with the colder elements of water and air which make GHUM - we’re a mix of passion, anger, logic, precision, timidness, volume and emotion, all at the same time. All the songs on the EP talk about love but the kind of unpredictable, cold and fiery love that exists through life.”

All of these emotions are inhibited by the EP title, ‘The Coldest Fire’, taken from lyrics from the song ‘Saturn’.

“We first recorded ‘Saturn’ with producer Adam Jaffrey (Palace, Night Flowers, Crows) and it came together organically so we decided to recorded three more songs with him for an EP. We were open to collaborating and experimenting with different effects and Adam brought a lot of references of 80s post-punk bands to our attention that aligned with understanding the sound we were trying to achieve on these recordings. Our first EP came out in 2016 and our sound has changed so much since then - this EP is almost like a re-introduction to GHUM. We’ve experimented since then and what you’re hearing now is that GHUM sound everyone knows us for, with a new edge.”

GHUM recently played a sold out London headline show at Bermondsey Social Club, as well as support slots with the likes of Dream Wife, Lorelle Meets the Obsolete, L.A. Witch, Palm, Muncie Girls and more. Where do they go from here? “It’ll be nice to start writing towards an LP, (which is something our fans are asking about already). We’re also gearing up for a headline UK tour this summer along with some support slots throughout the year, and some special shows that are yet to be announced.”

Get ready to be engulfed by GHUM’s ‘The Coldest Fire’. The EP launch party will be on Saturday 13th July at The Shacklewell Arms, London.