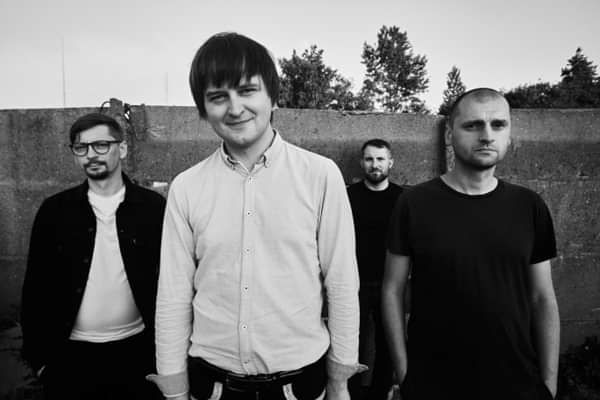 Almost every song on Of The Sun—the magnetic fifth album from the Polish quartet Trupa Trupa—lands like an anthem, with barbed hooks driven by an italicized rhythm section and a chimera of crisscrossing harmonies. During “Dream About,” a honeyed falsetto totters over a menacing bassline, the frisson between them so hypnotic it renders the title phrase as an existential mantra, a lifeline. The distorted and snarling “Mangle” rumbles then lifts skyward, its wild-eyed shouts and phosphorescent guitar rising like a winter sun. “Angle” is a pensive acoustic reverie, with chiming harmonics swirling like wisps of smoke around the refrain.

Throughout its propulsive 12-song sequence, this is an album that never lets up. From the relentlessly pulsing “Long Time Ago” to the deep glisten of “Longing,” Of The Sun is an unbroken string of hits in Trupa Trupa’s idiosyncratic, self-made universe.

But just beneath the surface of these often bright and always indelible songs, there is a world teeming with nihilistic considerations, slyly dark humor, and survivalist self-assurances - all subtly nestled into bold refrains and reflected back via complex, secret textures. In the breathless rush of “Remainder,” for instance, the band chants “Well, it did not take place” again and again for three minutes, refusing to define “it” so that the emptiness applies to everything. And though “Long Time Ago” hits like a psychedelic romp, corroded sheets of noise spill out beneath the hook, betraying the sense of absolute oblivion at the song’s core.

“It pretends to be nice,” confesses singer Grzegorz Kwiatkowski with a laugh, from the band’s home city in northern Poland along the edge of the Baltic Sea, Gdańsk. “But really, it’s not nice. These are contemplative songs about extremes. Sometimes, I call it vital pessimism. We cherish our freedom but the place where we are from is also a grim reminder of the evil that people are capable of. We cannot forget it. We cannot justify it. We must remember and not be indifferent.”

The setting of Gdańsk is a crucial philosophical and aesthetic touchstone for Trupa Trupa. A city with a convoluted history of German and Polish rule and self-sovereignty, it is itself a living testament to the turnover of human toil. It’s also the homeland of Arthur Schopenhauer, a philosopher whose system of metaphysical will inspired Nietzsche and, in turn, Trupa Trupa. Klaus Kinski was born nearby, too; Kwiatkowski considers his Werner Herzog-directed film, Fitzcarraldo, one of the best movies ever made. Kinski tries in vain to amass a fortune by piloting a steamship over a mountain into the rubber bonanza of the Amazon. It is a portrait of great effort and pathetic failure, of strain sublimating into nothing. Along with the notions of Beckett, hints of Syd Barrett, and the knotty complications of Wire, these emotions ripple through Of The Sun, a radiant album about the damnation of mortality.

Trupa Trupa has grown inordinately in both confidence and execution during the last half-decade. Spurred on by a democratic process, where no one is the real leader and all ideas and influences are funneled into the same rich sound, Trupa Trupa channel a multiverse of feelings into captivating four-minute spans. Throughout Of The Sun, they stare into the dark and summon a light of their own, making the struggle feel not just tolerable but deceptively triumphant.

Trupa Trupa made their first international appearance in 2015 with the album “Headache” published by a British label Blue Tapes and X-Ray Records. A year later, they signed to French Ici d'ailleurs, where they released a remastered version of “Headache” on vinyl. In 2017, in cooperation with their British and French labels, the band recorded and put out “Jolly New Songs”, which was also published by the Japanese label Moorworks. In recent years, Trupa Trupa have toured extensively, playing at the SXSW, Primavera Sound, Iceland Airwaves, Colours of Ostrava, Waves Vienna, Eurosonic, Liverpool Sound City, to name just a few.

In February, 2019 the band released a single "Dream about" via Sub Pop Records. The new album Of The Sun will be international cooperation between Glitterbeat Records (Europe & elsewhere), Lovitt Records (USA), Moorworks (Japan) and Antena Krzyku (Poland). The band works with Paradigm Talent Agency in North America, South America, Asia, & Australia and ATC Live for Europe, and will promote the new album with tours in the USA, Europe and Japan.

Trupa Trupa was formed in 2009. Their style is a meeting point somewhere between inspirations and influences of individual band’s members, ranging from 60's psychodelia through folk, to cold wave, garage and noise.The band applies a specific aesthetics to explore the phenomena of evil. The songs’ disturbing lyrical expression_ is very often laid over a contrasting musical composition made up of harmonies and uplifting melodies. They released one EP record (2010) and two full-length albums (2011, 2013). Recently the band played at OFF Festival (2013), Ars Cameralis Festival (2013) and Open'er Festival (20012). The Polish public TV "Culture" channel broadcasts the band's concerts. The concert from The Gombrowicz Theatre in Gdynia has been broadcast six times up to date and the one recorded in Cafe Fikcja is scheduled for May. The band was awarded The Storm of the Year Prize by Gazeta Wyborcza twice and nominated to the award of Aktivist in category Artist of the Year. "Take my hand", a song from the "LP" album was featured on the "Offensywa" compilation released by Polish Radio 3. Currently the band is working on their third album to be published in 2015. 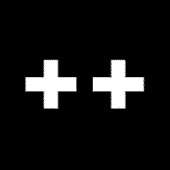