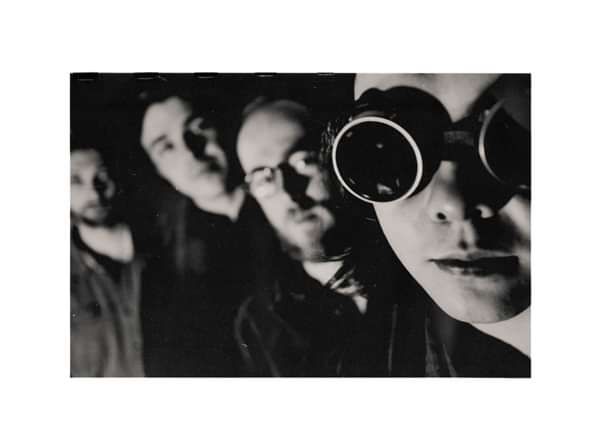 'Having met online via a gumtree ad posted by Jamie Batten, calling for ‘like-minded individuals to help create sonic hell’, Jamie and drummer Omri together wrote hundreds of songs often experimenting with noise sections, drones and modal inspired psychedelia. Their first band would be self described as “Noise infused sadcore bedroom pop” often referencing bands such as Low or My Bloody Valentine.

After honing his craft, Jamie moved back to Harrow to write, and generally take things more ‘seriously’ -soonafter they would become Honey Lung. Following the next 2 years the band went from strength to strength with original promoter and friend of the band David Sherry taking up duties playing bass and Harry Chambers as melody maker on the guitar. The band havesince played a wealth of shows, including sets at Latitude, The Great Escape, SXSW, NH7 Festival in India, and headlining the BBC Introducing Stage at Reading and Leeds festivals.

With a do it yourself attitude Honey Lung do things on their own terms often creating to their own desires and interests. This year the band have taken time to write and tour, further developing their sound and live show, drawing new influence from Car Seat Headrest, Sparklehorse, Elliot Smith and The Brian Jonestown Massacre.

Charity shop guitars and a modest home recording set-up has furnished them with hundreds of songs demoed and waiting on secret soundcloud accounts, it's only a matter of time before the relentless creative force that is Honey Lung will be unleashed upon the world.

Formed in late 2015, four-piece Honey Lung came on to the alternative rock scene in a storm.Influenced by the likes of Smashing Pumpkins, My Bloody Valentine, Dinosaur Jr, and contemporaries such as Alex G and Yuck!, they bring together fuzzy, driving bass lines, thunderous drums, soaring guitars and melodic, introspective vocals into one brew of nostalgic 90's-esque alternative rock with a modern twist.

Honey Lung released their debut EP, 'Kind of Alone' with RYP Recordings in November 2016. The single off the EP: 'Something' was chosen as John Kennedy's 'Xposure Big One', and has been played, along with the second single 'End of Time', on his Radio X show, where they also went for a recording session and live interview. They were also BBC London Introducing's featured artist of the week, as well as having being featured in Louder Than War, The Metro Online and Line of Best Fit.

Most recently, they became a four piece, with Jamie Batten on vocals and guitar, Charlie Gardner on guitar, Omri Covo on drums and newcomer Kerstin Resander on bass. They will be taking a short break to record a new single and B side during the winter of 2016/17, returning for more in the new year. 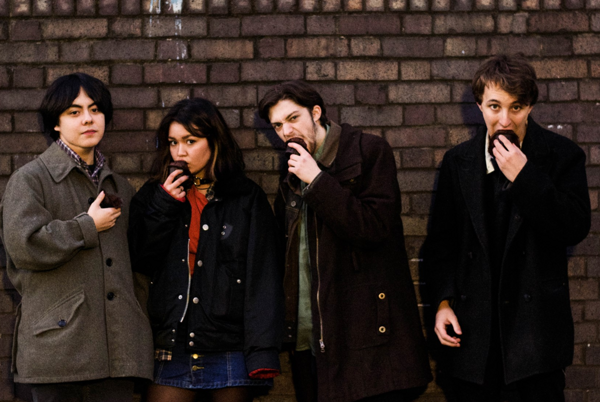