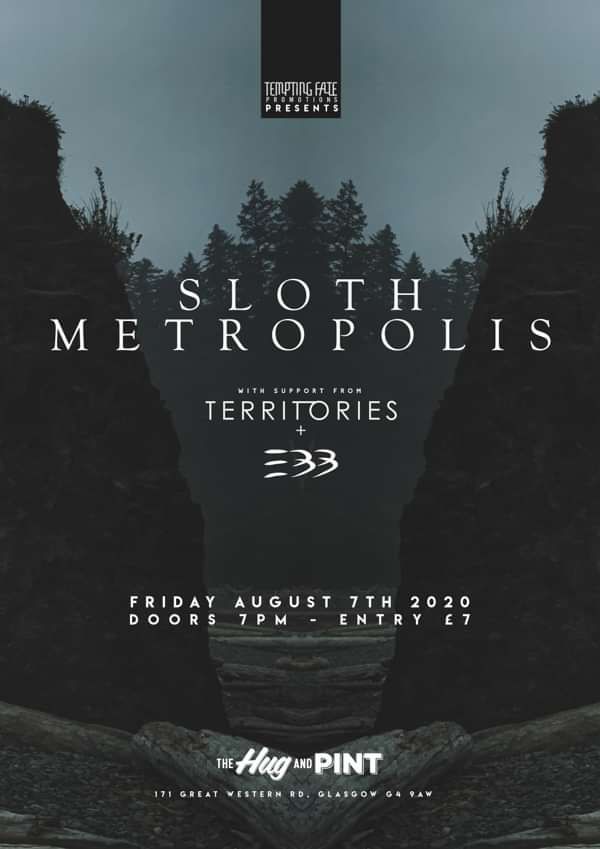 Recently released, the 5-track Album “Territories” is available now on all streaming and digital music stores.

The deafening silence of the landscape; rumbling noise of the sea, the wind howling through the pine trees; a cold silent night in the desert; ‘Territories’ is about experiencing music as one is experiencing nature and by extension space; physically, intimately and personally. The sonic landscape mirrors the apparent one to take the listener on a meditative journey.

EBB are a 6-piece, genre-defying group of musicians who live within a pagan art collective. Coming from very different social and political backgrounds, they play an eclectic blend of music styles, resulting in prog-rock. The band released their debut EP 'Death & The Maiden' via online streaming services in August 2019 and on CD in December 2019. The CD release includes a 40-page booklet which, as well as featuring many behind the scenes photos, describes the concept story behind the EP. Having been described by Prog Magazine as having 'an intoxicating effect', Ebb will be touring the UK throughout 2020.