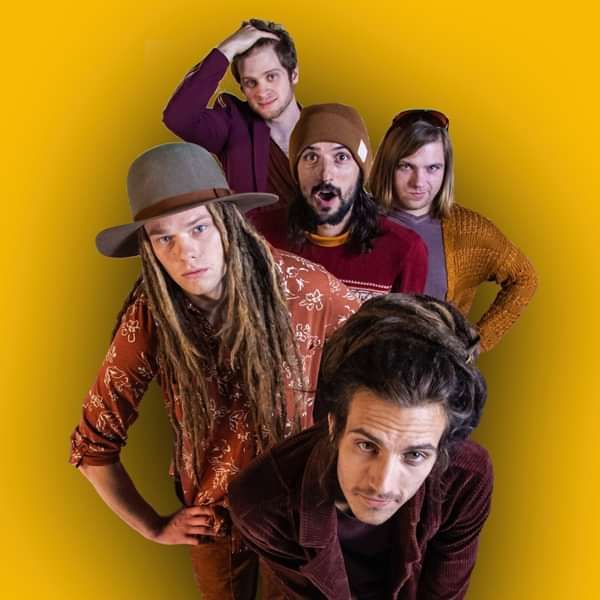 The Way Down Wanderers

"Somewhere on the spectrum between Old Crow Medicine Show and Mumford and Sons lies the spirited bluegrass-based artistry of The Way Down Wanderers. It is joyful, daring and occasionally sublime.” Associated Press

“In addition to songwriting skills wholly impressive for their youth, and their equally admirable musicianship, there is a charisma in their sound accompanied by a positivity that proves infectious…Combining elements of alternative folk, newgrass, rock, pop, and more, The Way Down Wanderers take the time-tested roots formula and dare to add their own unique ingredients and shake it up a bit. As a result, we get a refreshing contemporary take on an esteemed vintage sound, [with] polished, quality songs and an organic sound made up of lush strings, excellent picking, strong bass, tight drumming, and trade-off vocals that transition easily from grounded to soaring.” No Depression

The Way Down Wanderers are from the very heartland of America – central Illinois, Peoria, to be exact – which is reflected in their distinctive sound, which draws on elements of bluegrass, but also touches on classic rock influences including the multi-part harmonies of the Beach Boys and The Band’s hybrid soul, as well as the roots qualities of The Avett Brothers and Jason Isbell and the 400 Unit, with surprising elements of jazz, classical music and even hip-hop.

The band’s self-released sophomore album, illusions, follows their self-titled 2016 debut, a pair of EPs and Live at the Old Rock House. Produced, engineered and mixed by Grammy winner David Schiffman, who has worked with an eclectic batch of artists from Johnny Cash and HAIM to System of a Down and Rage Against the Machine, at L.A.’s Sargent Studios and Chicago’s Shirk Studios, the new effort finds the band collaborating and exchanging ideas to further distinguish their unique sound.

The Way Down Wanderers have toured extensively across the U.S., Canada and the U.K., performing an official showcase at the Americana Fest in Nashville, earning honors from American Roots UK (Top Albums of the Year List 2017), Songpickr’s Best Songs Spotify Playlist (2016) and a finalist in the 2016 International Song Writing Competition.

Their acclaimed live shows are truly unique, communal experiences - with acoustic encores taking place out in the audience and drummer Merikoski’s famous spoon solos! Come and see why they’re one of the hottest new Roots acts out of the USA!

“The Way Down Wanderers is a group who "demonstrates it's arrived with firm mastery of its own vision” on the band's sophomore release, “illusions.” Pop Matters

"Infectious - there is an energy in this music that brings a smile." AmericanaUK

The Way Down Wanderers