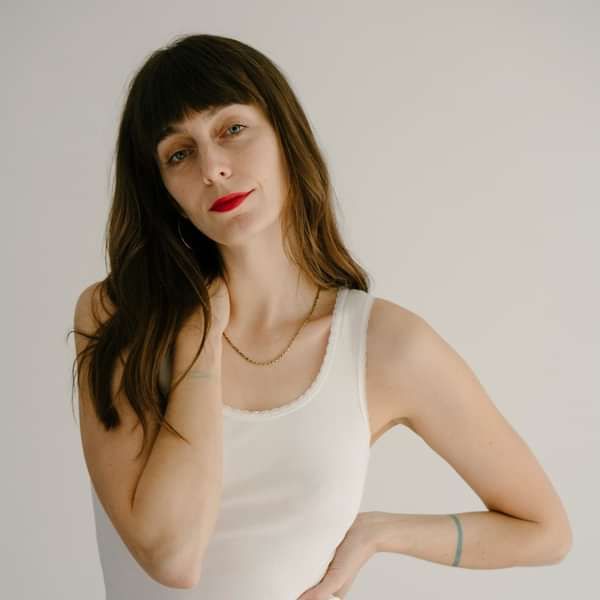 One of the deep pleasures of listening to a well-crafted album is the way it becomes inextricable from a mood or a moment, a habit of mind or a time of day. With her new album L.A. Flame, Anna Ash captures those long late afternoons when the sun is low but the heat hasn’t yet broken, when you wipe the dirt-muddled sweat from the back of your neck with the condensation on the day’s first beer.

Call it country, call it rock’n’roll, call it pulling off the road somewhere between Silver Lake and Bakersfield just to roll a cigarette, kick at the gravel, and brood. The nine songs on L.A. Flame — recorded during the summer of 2018, including four days at Stationhouse Studio in Echo Park — are sparse and warm, tightly arranged and shrewdly observed.

Last year, Ash’s cover of Lucinda Williams’ “Righteously” was featured on an episode of Billions. And though Williams is a useful reference point for Ash’s sound (see also: Sharon Van Etten, Tift Merritt), the songs on L.A. Flame reveal a singular singer and songwriter at work. Ash regards all with a gimlet eye: her songs tell of friends lost to love and loneliness, lovers who conflate real life and fiction, experiences that refuse to conform to familiar plot lines. She sings from within the messiness of quotidian life with a voice that can soar high above the song (but only to better survey the matter at hand).

L.A. Flame is a tumultuous record — mellow then volatile, withdrawn then confrontational, full of revelations, recriminations, revisions, and revivals. “This isn’t the first time I let me spirit die,” she sings knowingly on “Required Ending.”

The album’s sound is built on a tight backbeat provided by drummer Theo Katzman and bassist Aaron Stern, while Matt LaRocca's and Jason Robert’s lead guitars coil and unravel across the songs, alternately atmospheric and searing. Ash self-produced this record, a process that was, she says, a “constant trial of confidence.” But you wouldn’t know it to listen. “A lot of me making L.A. Flame was,” Ash explains, “trying to trust my own ears and instincts, and trying to remember that I’m the only person in the room who knows what this record should sound like.” And the record that emerged, out this September, sounds sure-handed, textured, and warm, with an intimate fidelity to the live performances of these wry and rueful songs.

22 year old Glasgow based singer/songwriter currently working hard on releasing new material in 2020/21. Kirsteen Harvey grew up listening to a variety of musicians and genres that have played an influential role in shaping her signature sound. Now, as a young Scottish musician, she aims to offer something different and unique to her listeners by creating and sharing original music. Kirsteen has been involved in the music scene in Glasgow for the last few years now. Starting off within performing arts, it was in 2017 when she decided she wanted to branch out to try songwriting and recording. Kirsteen then spent the next couple of years working with different genres of music, experimenting with sounds, and gigging around Glasgow. It wasn't until 2020, where we finally get to hear the jazzy/country vibes incorporated in her new line of releases, Tongue Tied, Feels Right to Me and Dancefloor Treason. Kirsteen released her first official music video for favourite single Dancefloor Treason in December last year. These new tracks acted as the first releases of many, and successfully gained recognition from various radio stations and vlogs from Scotland and beyond. The tracks have been supported and plugged by the likes of the SSE Hydro and BBC introducing. Kirsteen continues putting out lots of music in 2021, starting with 'Heads on the Table' in February, Kirsteen is due to release another series of catchy tracks in summer 2021. 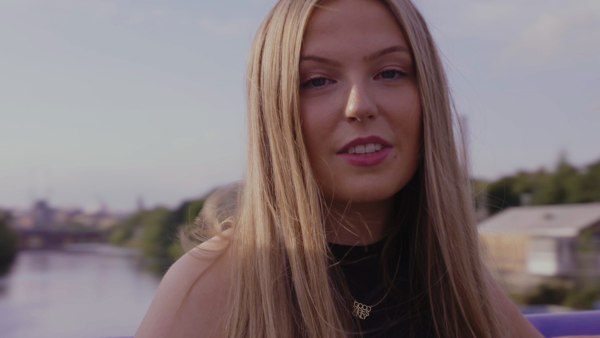